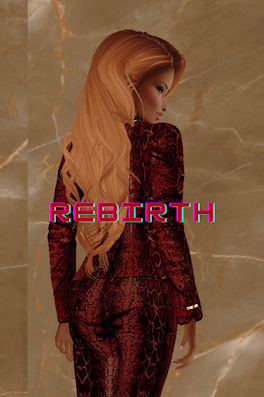 SJ sat pondering all she had went through these past two and a half years, for it had been much of what she had not expected to come into play. Tossed to and fro, she questioned what happened to her dream of Becoming a New York Times Best Selling Author or even such the Powerhouse Business Woman. How did she get to what now looked like her new norm, and despite a global pandemic, lockdowns, and the uncertainty about the future, she had also found herself in some of the most unlikely places...

"Yet, I survived each experience" SJ whispered aloud as she rushed to catch the Amtrak train headed south. She had needed a break, a clearing of mind, to just touch the sands on the other side and exhale for she knew a new day was coming, a new tide had come in and God's faucet of favor was now turned back on. She had finally gotten the courage to break free on a ride that though she willingly rode had long become unenjoyable and whether she was ready or not it was time for her to get off. Lol, she thought, some folks you just cannot follow, some environments one must be careful of for they can be death to ones dreams and most importantly spirit, not all kingdoms should entered into, always ask God first before making a move, don't let anyone speak ill over you (remember words have power), when God says move you best be moving and whatever you settle for that's exactly what you will get! All key components she had learned the hard way.

The landscape of the scenic view was everything she saw in her vision and very much needed for her survival. She was expecting... carrying purpose inside of her and though her pasts births were either premature, aborted or abandoned God had promised her that with his guidance this time she would birth purpose as long as she keep her eyes on the real prize Him. Little did she know she was now entering into untouched territory and a rebirth for the new year. Yes, a rebirth because all of what she dreamt of becoming was aligned with her completely letting go and trusting that her gifts and talents was indeed still possible and that what was currently taking place wasn't the end but in fact the beginning. The beginning of her crossing over to the land flowing with milk and honey but there were things attached to her that she would have to let go first for we know God don't bless no mess and so off she went on a solo mission just her and God.

"It's amazing how once you surrender, like really submit to the plan and directions God has your life and do exactly what he has called you to do how all sorts of great things start happening right before your very eyes." Cyn spoke so confidently assuring SJ that she was on the right path and to give it everything she got this time for indeed this time was different.

"Sis, who are you telling it's like everything is new like literally new. Business ideas and plans I once thought was impossible are now possible. Moves that I couldn't see happening are now happening! It's amazing how all the answers I so wanted and needed just 2 years ago are now being answered with complete clarity and revelation. Like the how was I going to pull this off is now wow I'm really about to pull this off. I'm telling you I am so thankful for all I had to endure, learn and go through because honestly some lessons and personal growth must come by experience." SJ spoke so joyfully as if the answers to the world of success had just been handed to her and she now held the very keys.

"Sis, truth be told you always had it, you just didn't appreciate it and thought old ways would open new doors as well as some old friends too but yet here you are still pressing forward and most importantly still seeking God."

"Right and with this rebirth I can confidently move forward with a new mindset, a new way of achieving success and on purpose.

"Ahh yes, a rebirth, we all need a complete rebirth that is. Having no fear and seeing that with God all things are possible. SJ you're a King's kid, royalty, that of a royal priesthood, called and brought with a price! Just not know this but walk in this, think, speak, and be this boldly!" I am so very proud of you my little sister I love you! Now it's your time!" Cyn spoke as she diligently worked on her new Business Newsletter complimenting her newly Live Radio Talk Show that God led her to create that she would be launching on the 1st day of Women's Month that would be featuring SJ little did she know. "It was really her time now and finally God has got her to not just only follow Him but to walk in complete alignment with fierce faith depending solely on him for everything." Cyn said as she smiled recalling when she first meet SJ.

It was 11:55pm to be exact and here I was in the house on my bday all natural from head to toe no filters, no weave, no tips none of that stuff, just straight up all natural and with no desire to turn up and celebrate either but yet inwardly I was prompt to grab my bible and head into the bathroom. Right?! One could say that was weird but if you no anything about the Secret Place of God and have been in it then you would know there was nothing weird about that move. I must say joyfully that it was one of the best birthdays ever. There I was praising, worshipping, praying and glorifying God for rebirthing me. For sustaining me and molding me until I was just right to be relaunched and the right way only this time God getting the glory for the moves that I was about to make. I had even asked for spiritual gifts, for I had more than my share of being robbed of my property and so what better presents to ask for but spiritual gifts from up above such as the biblical promises right from the word of God. I asked for wisdom, knowledge and understanding, to be the head and not the tail, to be that good thing, and the blessings of obedience in Deut. 28, I asked for the Jabez prayer, and the full armor of God just to name a few. I knew no one could steal these type of presents from me. By the time I had exited the bathroom it was exactly 1:36am and still I wasn't done as of yet for the spirit of the Lord was upon me and so I humbly stayed in position and continued worshipping. And for my birthday I had not only received all that I had asked for but I was also given my instructions and directions on this new move to crossing over into the promise land.

SJ is back! Please allow me to reintroduce myself.