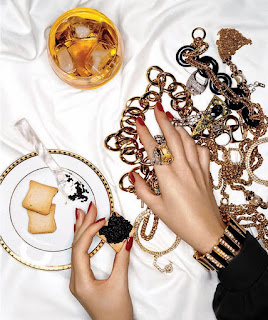 "The elements of the game went as Silk Egyptian white sheets over a glass of 1964 Glenlivet Scotch Whiskey, limitless jewels at your disposal and to start would you like to sample this imported carvier darling" enticement was always my strong to go move, for I've yet to lose ever and wasn't planning on to today. Of course, I watched her, we all were watching and though very impressed who did she think she was" Emily sneared between cling pearly teeth.

I was well aware that between my Creed scent, my strong Godly demeanor and presence, this all winter white get up that I was sure enough, a problem. Harlem swag of a Queen coming up out of the projects and yet reigning like this and they think they have a chance with me. I thought as the escort watched silently as the elevator continued upward. I didn't even wonder what his thoughts were. I had my family's sword with me which gave an air of royalty unto my white attire. I figured I would enlight their realm with God's presence tonight.

The opening doors gave way to a stench of foulness. My soul was not for sale was my steps beat upon the marble decor floors as my customed white fur slayed gracefully in a dragging motion swaying back and forth. I turned my head as I glanced at the mirror pillars and tapped the tip of my cowhide white wide brim fedora hat. It was something about me in all white against this milky brown skin. The sun had become my superpower and my defense was God, the two combined made me the ultimate vessel. My gift was what they were all after. It's that glow. The light coming from within that attracts everything your way. Door Keepers are what they are called, were still around but with the shift and the coming of the 2019 New Year they are no longer needed. It's open territory now, ours for the taking. Yet, some realms did hold tight to the choosing while others led you to believe you were doing the choosing though they were in control of the choosed.

"Blood will spill tonight, for there will be no negotiating!!!!" Emily spoke with her eyes fixed on what could be a blessing as they like to call it. Indeed a shift had came and the rise of the likes of them would now reign.