IT CAME DOWN TO ONE MOVE... 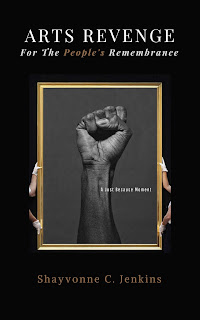 One move indeed, mixed with a series of smaller moves all leading to this one move. Could I pull it of wasn't the question because despite the procrastination that seemingly kicked in I was determined to push past it. Was everything banking on this black wealth move of exposing the truth or was I just in over my head. Had my stomach got bigger than my eyes and I was now about to bite off more than I could chew or was this particular move as I being a viewer of the world my writers' due.

Then there's the strategy for the move, that's an entirely different scenario. I'll come to terms with that while in the act of but like I said it came down to one move with smaller moves all leading up to that one major move.

My back was against the wall at this point, even in the midst of peace and power I was up against some things and people were depending on my success. I couldn't let them down, not now, not at this level, not at this time and honestly not at all.

I ran my hand across my now smooth based brown milky skin and pondered the approach of delivery, sat with brilliance on a winning blueprint of masterful wordplays and an in-depth storyline.

I sat Indian style questioning the characters, their moves and purpose behind the engagement of this play, of this deal, of this time of reveal. I studied and pursued this conclusion like a presidential debate without a voters oppression state. I conjured up no spells and believed in the state of art that the revenge was the dish served not cold but true.

Hints of blue ivy's voice saying I ain't never seen a ceiling rang through. Moving without limits and no restrictions, no fear because I would not dare but I rested in God's care. Safe and sound, more than a conqueror I was after more and willing to attain all that was needed to captured art.. Arts Revenge: For A People's Remembrance... A storyline of now because for some reason they were still living in the past tense.