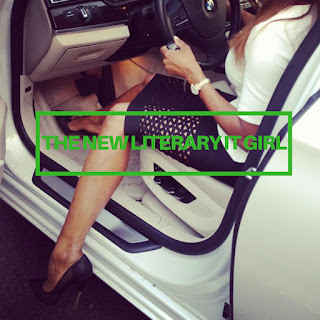 Long time no hear from I'm sure. Well, in this fast paced world of making it to the top and becoming successful in life or should I just say God has His way of guiding you in the needed path for your success. At times, it may be a season of preparing. Other times a season of battling for new territory, but wherever you find yourself at in life make sure to keep a clear vision of being the best version of self and expressing your dream and goals in such a way the masses can't deny.

I write to you today, as I sit on my sofa enjoying the scenery from my living room window on this what looks like a dreary, raining day but I know to be true that looks can be deceiving. My goal is still to become New York Times Best Selling Author, that hasn't changed one bit. This morning I awoke, and yet another amazing storyline came to me, so I grabbed my pen and paper and started writing the download. Yes, the download and Yes, I sleep with my bible, sometimes my laptop, paper, notes and writing tools. I just never know when I need to get to work.

I have really been evolving in these pasts months since my last post, not easy but today I can honestly say very much worth it. I've read, "A Writer Writes but a Successful Author writes a Business Plan". Well, I started to write mines and not because I wanted to but because I was asked to do this. At first, I thought, ahh why? I'm in the process of completing some new work, but as I looked into the importance of this and not just as a writer or self-published author but as a business woman and might I add a woman after God's own heart it became very clear why and I knew why the time had come now.

See being and becoming a New York Times Best Selling Author was going to take strategy and tuning in on my craft. I currently have three books available. My first, which by the way are all self-published was not formatted to the best but when we know better we do better and so, currently I am in the final process of completing the new revised and extended version. With me knowing that that needed to be done and willing to put in the necessary work, was me becoming a New York Times Best Seller.

Sometimes, we have to do things over or add something that was lacking to make that dream a reality. In the previous months, I've went from speaking here to speaking there but at a higher level, moving behind the scenes just working and building. Creating and strategizing. Positioning and applying pressure where needed, all awhile living off the favor of God, my talent as a writer, now adding speaking and the other opportunities it offered.

Being a New York Times Best Selling Author isn't  just about the money to me but more about legacy. My grandmother had a 5th grade education yet my mother was a very educated degree holder. I needed, no I wanted to add what I like to call some sauce to the family's resume to past down first to my son and then next to whomever was coming after him. Secondly, coming from the projects or at least mines per se, I didn't see anyone on its list or close to it. So, I then wanted to be a New York Times Best Selling Author for my community too. It would be the proof needed that it can be done even from a place that was valued as poverty or poor.

So, you see I had to get low, I had to dig deep, I had to experience even though I'm at a better place and I had to feel the importance of why I fight, why I keep going and why I am now who I am. The New Literary It Girl" on the scene!!!!!!! I've gained access and now its time to make some noise. #Blessup #HappySunday