His Mahogany Lived In Harlem: A Love Story (Part 1) 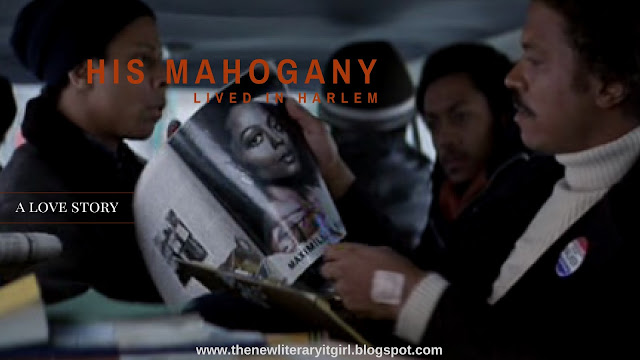 "It was the perfect Saturday, the weather was beautiful, Spring was in the air and I was listening to Childish Gambino's "Redbone" a song that set my creative tone. Harlem was a Mecca, a world of its own, one where I had always wanted to live and now here I was. Being so eager to move in and feel the fullness of it's culture, I packed everything up in my "07" E-Class Mercedes Benz and hit the highway. Oh, Janie which I had named her, had brought me to and fro through many days but we had finally made it here to Harlem and come this Monday morning, I would be working as a Content Writer for one of the most Prestigious Black Magazines out. My life was making all the sense now with this new career move, my standings as a writer was going to soar to new levels as I would be able to reach a vast range of individuals and communities to empower. That's what I wanted to do, inspire people through my writing. Encourage them through stories, prompts, articles and even speaking engagements where I could stand along side of the very same like-minded female and male leaders doing the same thing" I thought to myself as I was quickly brought out of my train of thought to the likes of this tall brother exiting the very brownstone I would be entering. His build was strong and confident, he carried an air about him that spoke royalty and knowledge of self. His glow was attractive and for whatever reason he had my full attention. I continued to watch this "Adonis" as he answered his phone, looked in my direction and hit me with a killer smile. "Hmm" I moaned out to the brother dressed in a Nike fit carrying a gym bag that I suppose was headed to the gym.
Now, don't get me wrong I wasn't this hard up sister looking to jump on the first fine brown brother I laid eyes on, certainly not. I was just admiring that was all. Anyway, what I needed in a man of choice, looks wouldn't be the only thing that my soul required. I mean, I had had my share of good looking fine educated brothers that only brought their wealth, sometimes a wedding band pretending their marriage was failing like I was believing that for one second, or no substance to a table I wasn't interested in sitting at. It was like this, I was poetry and they just couldn't read. I acquired a man that understood what poetry was about, its magnitude, its justice, its rhythm and rhyme, its very vibe. I wanted that intensified connection, a man that knew what his spirit needed and found that I was the perfect fit and that right there was something one could not search for. I knew it would have to be a divine appointment.

Upon reaching the top stairs I decided to leave my belongings in the car while I checked out my new place. I had the experience of a quick tour when I got accepted for the magazine position. It was perfect, with my very own backyard, a quaint one bedroom with a nice size work area, kitchen, living room, bedroom and bathroom. I placed my purse down on the kitchen counter and headed out to my car to start bringing things inside. I had made the decision to treat myself to all new furniture upon arrival as a gift to myself for landing the ultimate writer's dream job. "A girl must treat herself right?" So, I ran back and forth bringing things inside, I was in such the rush once I was down to the last of my belongings that I ran out not paying too much attention at all and was stopped in a dead halt when I smacked right into the fine brother I had been admiring a few hours ago. I was totally embarrassed when I looked up but couldn't move for I was now caught within his strong embrace.


"Aren't you moving fast beautiful little lady" I said as I held her tight into my arms not wanting to let her go. Her smell was almost mesmerizing, even her hair, that I couldn't help but inhale a whiff of smelled good too. Her frame was petite and she felt so soft within my arms. "Ah, I'm sorry, I should of been paying more attention, my apologizes" she said bringing my back to, as I let her out of my arms. "Please, it's nothing, you can run into me anytime. You must be my new neighbor. Good evening, my name is Brandon, Brandon Wright, it's a pleasure to meet you?" I stated awaiting her name as I held my hand out.

"His smell... His presence was strong. He had a vibe to him and I had just so easily allowed myself to rest in this man's arms that I didn't even know. I wondered, what that was all about" I thought, backing up a bit as I introduced myself. Good evening, I am your new neighbor, Savannah Westbrook nice to meet you"