Voices Of Purpose: An Evening With The Outside/In Ensemble


That was the question last night when I arrived at the Stella Adler Acting Studio in NYC. The Outside/In Ensemble had just been touring on their feature titled "The Compassion Project" and last night was their final show. Standing in the hallway as I awaited entry into Studio 6, was nothing shy from a scene straight out of the television show Fame.  Actors & Actresses, Teachers & Students filled the air with talent, passion and ambition. A creators delight, as I chatted with attendees all awaiting this ensembles performance. "Five minutes" we were told until entry. The excitement could be seen throughout the many arrived faces for the anticipating show.

The studio was lit, as I searched for my name on a reserved seat. After 10 minutes, in walked the ensemble as showtime was now presented. I placed my clutch down in front of me and focused on a quick Instagram photo as seen in the above pic. Compassion was their topic and the voice of representation for tonight's scene. We all needed it whether to receive or to give, compassion is what the world needed indeed. Scene after scene, empowering after empowering, the voices of emotions filled the studio with scenarios of compassion or when there was a lack of. The ensemble every single one of them held true to their art form, true to the unleashing of their passion and what "The Compassion Project" was really about.

I sat legs crossed in pure inspiration, pure delight for this night of theater with a purpose, an evening with an amazing ensemble that stepped into each character, each written script. Dressed in their signature black Stella Adler Acting Tee Shirts & black bottoms gave a full focus on their voice and their artistic movements as they painted a visual right before my very eyes.

The Outside/In Ensemble, well their name fits the voice, fits their vision and fits their passion. Quite the evening of theater with a purpose as the show came to an end and Q&A began. Their voices of inspiration and togetherness as a unit was amazingly purposed-filled.

Have you seen The Outside/In Ensemble? I ask, I dare to ask for the question of last night's theme was answered... To Be Or Not To Be Compassionate That Is The Question... 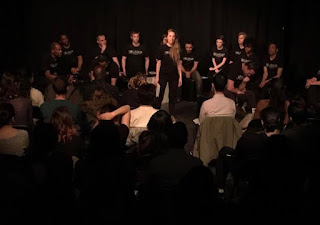 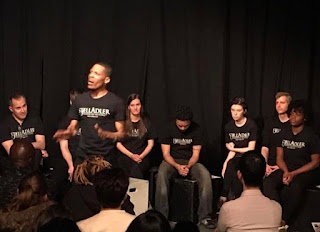 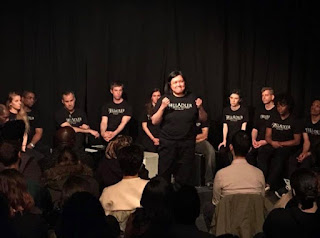 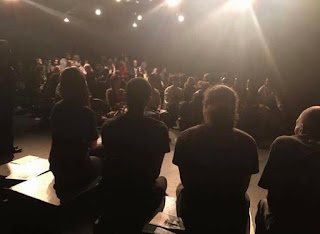 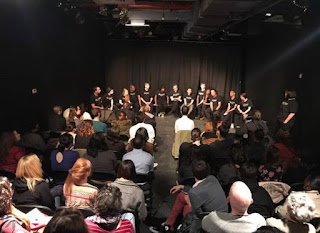